A FAMILY CARE SUCCESS STORY:
COLLINS AND HIS FAMILY 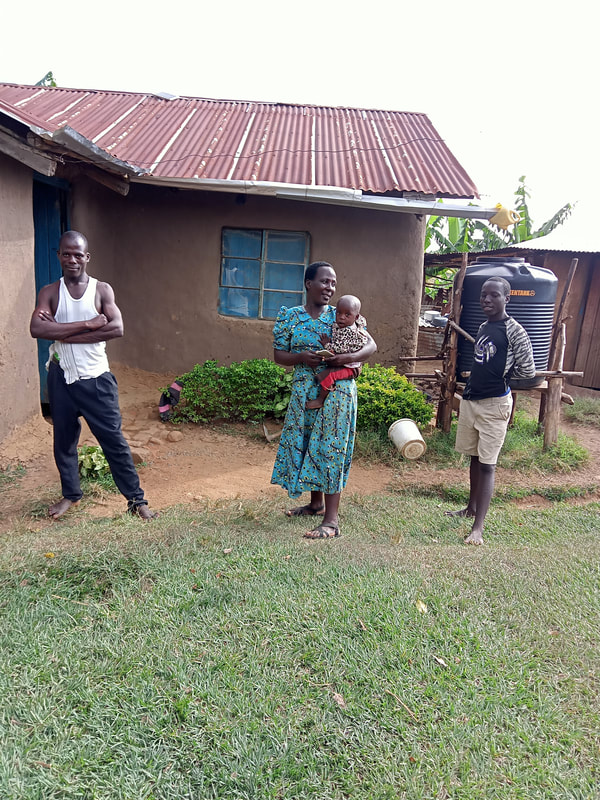 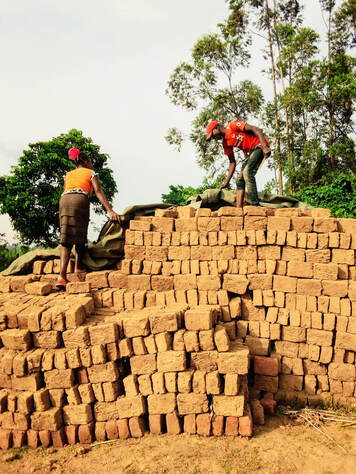 The uncured bricks that were fired and sold last year
Collins is a 15 year old boy who will join high school in July this year. He was once sponsored individually and lived at the Care Centre because conditions at his home were so bad. As we moved to Family Care, the first step in reintegrating Collins was helping his family build a new latrine and fix their leaking roof. This was done in 2019, and at that point we were able to begin planning for Collins to reintegrate with his family and live with them at home.

Last autumn, our field staff learned that Collins’ mom Lois was making bricks for sale but lacked the firewood to cure them. She wanted to use the proceeds for her children’s school fees.

Meanwhile, Collins’ two older brothers Dennis and Sectone were not able to go back to high school and finish Form 4 because the family was totally broke as a result of the Covid-ravaged economy. Similarly, Collins’ sister Branice was worried about fees to return to her second year of high school.

Their mother Lois was planning to use the proceeds from her bricks, if she could only find money to cure them, in order to pay the children’s fees so they could finish high school. Lois knew that after paying fees she’d once again be broke and the business would collapse, but it seemed like her only choice. Yet she still didn’t have money to cure the bricks.

Our Family Care approach helped us bring the family to a much better position. We provided one-time funding of around $150 for firewood and other materials so that the family could cure their bricks and sell them.  But we also didn’t want their business to collapse after using the brick sale proceeds for school fees.

So, we also provided around $200 in one-off funding for Collins’ two older brothers to finish their last two terms of high school. We did this because the brick-making business would cease and the family would once again be in dire straits if all their business capital was put toward school fees. It was only two terms, after all, and had the boys dropped out of school we aren’t sure if they’d ever go back. Similarly, had the mother found a loan to cure her bricks, and then used it to pay all the fees, this family would be back where they started in terms of earning their own income.

It worked! The two young men have now graduated and are proud holders of high school diplomas. Lois was able to sell some of her 6,000 bricks for around $400, and she traded the others to Bianca’s high school - in lieu of paying fees with cash - so the girl could return to class. Lois was also able to buy a cow, while saving enough capital to make more bricks.  The cow provides milk for nutrition at home, and a little extra milk to sell. With our agriculture team Lois has also started to plant a small banana orchard, and this will also earn her income in the years to come.

Collins and his sister Bianca continue to proceed in school. Collins will join high school later this year and we’ll be paying his fees, while Lois will be able to pay for Bianca’s school fees with income from her businesses.

Today the family is able to provide much more for themselves, and in fact they’ve risen out of the extreme poverty where they once were. We will be helping them finish up a few more things like getting Collins started with high school, but there is an end to our assistance in sight. The family is slowly being phased-out of our support program, yet the future looks bright for them because the burden of school fees is less and they’re now able to earn more for themselves.

With gratitude to our dedicated staff, the family’s sponsor, and our other generous donors, we wish to offer heartfelt congratulations to Lois, Collins, Dennis, Sectone, Branice, and Bianca.